The U.S. Food and Drug Administration said it will require a new “black box warning” label for the Essure birth control, an implantable permanent contraceptive device. A black box warning in the labeling of products is “designed to call attention to serious or life-threatening risks,” according to the FDA website.

Monday’s announcement comes after more than 5,000 women filed grievances with the FDA between November 2002 and May 2015, complaining of unintended pregnancies, miscarriages, stillbirths, and severe pain and bleeding after an Essure implantation.

Approved by the FDA in 2002, Essure birth control is a permanent form of birth control in which a coil is non-surgically placed into a woman’s fallopian tubes. Scar tissue is supposed to form around the device to prevent sperm from reaching eggs and fertilizing them, thus preventing pregnancy.

The FDA also called upon Bayer, which makes and markets Essure, to conduct surveillance that will assess “risks of the device in a real-world environment,” and said the agency will use the results of that study to “determine what, if any, further actions related to Essure are needed to protect public health.” The company is required to follow more than 2,000 women for at least three years. The study will not be limited to women being implanted with Essure but will be comparing women with Essure to women who select other methods of sterilization, such as surgery.

The FDA expects Bayer to submit a study protocol within 30 days and the company is required by law to begin the study within 15 months, according to Dr. William Maisel, FDA deputy director for science and chief scientist at the agency’s Center for Devices and Radiological Health. If Bayer does not, the FDA can declare the device misbranded.

The company will also be required to submit interim reports on the study including data and analysis. The FDA expects the first such report will be available within a few months of when the trial begins.

When reached for comment, Bayer provided the following response: “Essure is an important permanent birth control option with a positive benefit-risk profile. Bayer will continue to work closely with the FDA to support the continued safe, effective, and appropriate use of Essure.”

‘The FDA truly failed these women’ 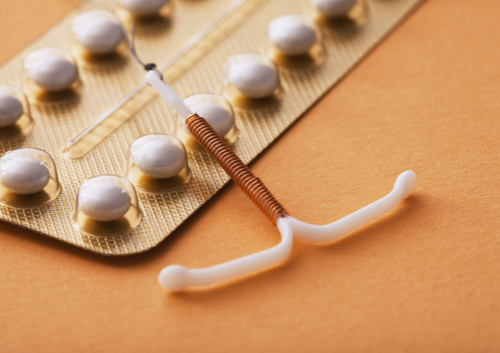 Reaction to the FDA announcement was swift and uncomplimentary.

“We are outraged that it appears as if the FDA is going to leave Essure on the market,” said Essure Problems, a support group for women who say they have been damaged by the device. “Take the device OFF the market and revoke PMA [premarket approval]. Do not continue to allow more women to be harmed.”

“It’s unbelievable that it took the FDA since September to make just two recommendations with no enforcement measures and ask the manufacturer to perform another study while leaving Essure on the market,” said Rep. Mike Fitzpatrick, a Republican from Pennsylvania who has called for the FDA to revoke its approval of Essure. “It’s been done. The evidence is all there: Tens of thousands of injured women and hundreds of fetal deaths.”

“I feel as if the FDA truly failed these women,” said Madris Tomes, a former FDA contractor whose business, Device Events, analyzes FDA public data. “My hope was that they would recommend a recall. How can we trust the FDA to make good decisions regarding safe and effective devices?”

Last week, Fitzpatrick and Tomes provided the FDA with raw data showing a total of 303 fetal deaths among women who used the device. The FDA said Monday that it put the number at 294. Previously the agency said that number was only five.

Tomes said she found the additional cases by using a different method of analysis than the FDA.

“Most of the story of what happened and all the side effects, those are going to be in the narrative,” Tomes said. “So we searched for keywords in that narrative that women and their doctors would use, such as fetal death, miscarriage, stillbirth, stillborn and ectopic pregnancies.”

“I actually think the 303 number is conservative,” Tomes added, “because some of these women have had multiple miscarriages, they’ve had multiple pregnancies, after confirmation, but I only counted them once.”

Fitzpatrick said, “I believe Congress must.”

He vowed to present a number of legislative actions to the House and Senate, including working to block government agencies, such as the U.S. Department of Veterans Affairs, from purchasing the device; introducing new legislation that would remove “blanket civil liability protections” that keep women from suing Bayer and seeking passage of an act that would revoke Essure’s FDA approval.

In its press release, the group Essure Problems also called for Congress to act. “While we continue to encourage women to file their adverse event reports with the FDA, our focus will be on Congress and the E-Free Act. We are disappointed but not surprised the FDA has once again chosen to side with industry rather than protect patients of a failed medical device.”

“The FDA continues to believe that this should remain available,” Maisel of the FDA said Monday.

In addition to the black box warning, the FDA is requiring a patient decision checklist to be signed by patients and doctors before the device is implanted. This will include agreeing to a test three months after implantation to make sure the device is properly in place and functioning as intended. A checkup at that time is already recommended by the device maker, Bayer.

In the past, Bayer has said the device is 99% effective at permanently preventing pregnancy. It blames the unintended pregnancies on patient error, suggesting patients may have been lax in following up with their doctors for three-month checkups to make sure the device was working, or lax at using backup birth control during the first three months.

In September, the agency held a hearing in which some of those who filed complaints described what they went through. The FDA also heard from Bayer and health care providers about the existing body of safety data for Essure birth control.

On a call with reporters Monday, Maisel said the agency review of all available information on the device, which was conducted to support Monday’s announcement, also assessed possible clinical trial misconduct in the original clinical trial data. However, he said no misconduct was found and any allegations of that are unfounded.

The FDA said its actions will increase understanding of the risks associated with the device for patients and doctors.

“They also reflect our recognition that more rigorous research is needed to better understand if certain women are at heightened risk of complications,” Maisel said.

The new warning label requirement announced Monday has a 60-day comment period to incorporate feedback from patients and the industry before finalizing it and adding it to the packaging.