Nearly five years after Deepwater Horizon oil rig exploding, sending gallons upon gallons of oil into the Gulf of Mexico. Now, scientists have assessed the wildlife in the Gulf, and have found that it's still suffering from the oil spill.

"Five years later, wildlife in the Gulf are still feeling the impacts of the oil spill," said Collin O'Mara, president and CEO of the National Wildlife Federation, in a news release. "The science is clear that this is not over-and sea turtles, dolphins, fish, and birds are still suffering from the fallout. Holding BP fully accountable and using all fines and penalties to restore the Gulf of Mexico must be a national priority." 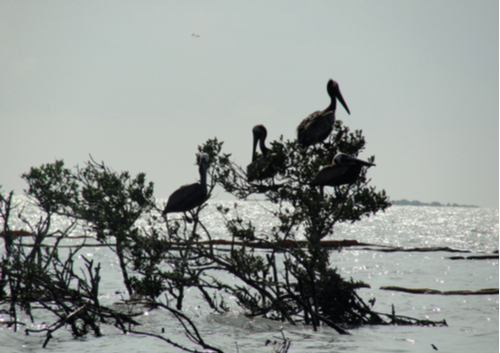 In this latest study, the researchers examined wildlife populations. They found that dolphins on the Louisiana coast were found dead at four times historic rates in 2014, and there is increasing evidence that ongoing deaths are connected to the oil spill. In addition, endangered Kemp's ridley sea turtle nests have declined after the spill, even though they were increasing before it. Exposure to oil also has been shown to cause abnormal development in many species of commercially valuable fish, including mahi-mahi and the yellowfin tuna.

"Wildlife from sperm whales to marsh ants are still feeling the effects of the disaster," said Ryan Fikes, a NWF restoration scientist. "But BP seems to prefer attacking scientists over accepting responsibility. It's time for BP to quit stalling so we can start restoring the Gulf."

These latest findings show how the Gulf is still being impacted by the spill, years after the Deepwater Horizon oil spill occurred. More specifically, it shows how not only wildlife is being impacted, but how the Gulf states may be affected as well as commercial species continue to fare poorly.