What Is A Medical Device?

Medical devices can be items as simple as tongue depressors or as complicated as portable chemotherapy treatment dispenser systems.

In general, there are three categories of medical devices:

What Is A Defective Medical Device?

Medical devices with multiple moving parts or electronic components are also vulnerable to defect. When the item has moving parts, electrical connections, or a computer within it, it is even more possible a defect could exist.

According to reports made to the U.S. Food and Drug Administration (FDA), the three most common defective medical devices are:

These devices undeniably provide huge improvements to your overall quality of life or even provide life-saving medication. However, due to their complexity, they also have a greater chance of issues.

Why Do Medical Devices Fail? 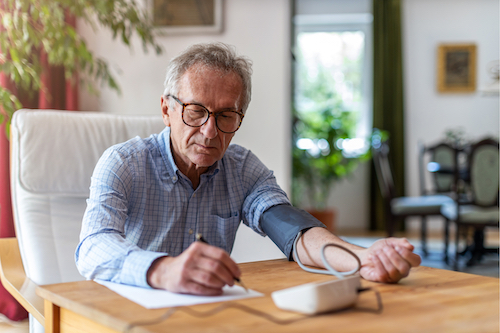 Between 2008 and 2017, over 1.7 million injuries and almost 83,000 deaths were reported to the FDA related to medical devices. It is important to note that any medical device can fail to treat the issue at hand, but this does not necessarily mean the device is defective. Defective devices may fail because they shift position, stop functioning, or cause the patient infection or discomfort due to the device.

So why do medical devices fail?

Modern medical devices use software and other technical components that may fail. Software of all types is subject to glitches and “bugs” that cause malfunction, too.

In their haste to rush a product to market, some manufacturers do not spend enough time on the design phase of their medical device. This means that a medical device is not well-suited for its intended use (or is difficult to use correctly, which causes injury).

Poorly designed clinical trials or incomplete data can lead to manufacturers making claims that are, at best, unsubstantiated and, at worst, dangerous to the user. In this same vein, high-quality scientific studies with a control group are rare among medical device manufacturers. This contributes to low-quality proof of a device’s effectiveness and safety.

One of the most disturbing reasons why medical devices fail is negligence or fraud on the part of the manufacturer. If a company knowingly markets a medical device that has potential issues and does not disclose those issues to patients and doctors, this can cause serious injury and even death.

As large companies flood the market with medical devices, the risk of medical device failure and injury or death, as a result, has increased. It can be challenging to pin down exact numbers, but the available data are compelling.

Between 2005 and 2009, the number of adverse event reports rose by 88%. Reports of serious adverse events, those that threaten life or cause permanent disability and even death, rose nearly 20% every year from 2001 to 2009.

What Is Medical Product Liability?

When this happens, there are three main types of product liability for which a company can be held responsible by a defective medical device attorney.

This applies when the actual design of the medical device is dangerous. This is not a common cause of product liability due to a defective medical device.

2. Marketing defect and Failure to warn of defect

A marketing defect or failure to warn of defect occurs when the advertising or operating instructions are presented in such a way as to be misleading or to withhold information.

For example, a manufacturer that doesn’t warn patients about the potential dangers of the medical device falls into this category. Because of this, patients are unable to assess and weigh the risks of the device and can suffer injury.

A manufacturing defect means that something went wrong in the manufacturing process or that the manufacturer used poor-quality products or processes. This causes the device to function improperly, causing injury. Most defective medical device litigation falls under this category.

Product defects are often the result of rushing a product to market without careful product design and testing. Sometimes, individual components are the source of the deficiency. No matter the cause, Huber Thomas Law has significant experience investigating defective medical devices and taking cases to trial when necessary.

Can You Sue A Medical Device Company?

In short, yes, you can sue a medical device company. The strength of your claim depends on a variety of factors.

Many defective medical device lawsuits are settled out of court. It can be challenging to prove that a medical device is actually defective, and the injury was not simply a failure of the patient in their use, (or that the device just did not work for the patient’s condition).

In addition, patients bear the burden of proof and can find themselves up against huge corporations with deep pockets and seemingly unlimited resources. Often, a class-action lawsuit is the best way to approach cases like these. This means one lawsuit that represents a large number of patients affected similarly by the same device.

The road to recovery can be a long one — and recovering damages and medical costs requires patience and persistence. But just as patients want to be spared the ordeal of court, so too do those large corporations. Many elect to settle out of court when faced with the prospect of litigation, especially if they understand their role in the medical device failure.

What Is the Defective Medical Devices Statute of Limitations?

When it comes to suing a medical device company, time is of the essence. Each state has a defective medical devices statute of limitations. This means that you have a certain amount of time from when you discover the injury during which to take legal action. For example, this could be a four-year window, a two-year window, or even a one-year window.

There are other limitations to when you can take legal action, too. That’s why it’s so important to discuss your situation with experienced defective medical devices lawyers.

How We Help At Huber Thomas Law

For example, Huber Thomas Law recovered $2.3 million for the family of a child injured by a defective product. We also represent hundreds of United States military service members who used defective earplugs from 2003 to 2015.

This piece of protective equipment had a design flaw. Instead of protecting soldiers’ ears, the earplugs put them at risk for permanent hearing loss, hearing impairment, and tinnitus. The earplugs were standard issue for all service members during that period of time.

At Huber Thomas Law, we know how injury due to a defective medical device can harm patients. Defective medical devices settlements, whether they are for one client in one incident or for hundreds of clients across a period of time, can offer peace of mind and a chance to recover to people who have suffered.